it's quick and easy

The email address does not seems to be correct! If you work in New York City, you may dream of finding a place where you can escape the rush of city life. Someplace safe and quiet to raise a family that still gives you access to the jobs and amenities in the city. If this sounds familiar, Massapequa Park could be the perfect spot for you.

Massapequa Park, NY is a charming village on Long Island about 45 minutes to an hour outside the city. It has lots of green space, great schools, and wonderful waterfront homes. Read on to learn more about this village and what to expect from the real estate market in that area.

Before we dive into the specifics of the Massapequa Park real estate market, let’s talk some about the city itself. Massapequa Park is located in Nassau County on Long Island in New York and is one of sixty-four incorporated villages in the county. It’s on the southern end of the Town of Oyster Bay and is just 2.2 square miles in size.

This quaint little village is home to about 17,000 people, most of whom are middle-aged or older. Almost 98 percent of people in this village own their own home, and home values are relatively affordable for the area. Massapequa Park is about 45 minutes to an hour away from New York City, making it a reasonable option for professionals working in the city.

Many people looking to move to Massapequa Park may work jobs in New York City or elsewhere on Long Island. The city is between 45 minutes to an hour’s drive away, but driving into the city isn’t your only option. There’s also a train line that runs from Massapequa Park to Pennsylvania Station in New York.

The train into New York City takes about an hour, and trains run about every half-hour. There isn’t much public transit within the village itself, but there are several fantastic bike trails around Massapequa Park. Overall, the city isn’t very walkable, so you will need a car for most of your errands.

Now that we know a little more about Massapequa Park, let’s talk some about home values there. In general, homes in Massapequa Park list for a little under $600,000, relatively low for the area. Current home listing prices range from $489,000 to a little over $1 million.

Right now, home listing prices in Massapequa are holding steady. They dropped a bit from peaks of $625,000 in July and October of last year when the housing market was booming. But overall, house listing prices go up a little more than 3 percent each year and have done so for the last few years running.

In general, homes for sale in Massapequa Park, NY, are selling at about the same price they list for. The current median home sale price is around $595,000, a bit of a downturn from November of last year. The sale price trends have fluctuated much more in the last two years than the list price trends have.

Homes in Massapequa Park tend to be relatively spacious for the area, averaging around 1,650 square feet. Average price per square foot is $364, much lower than in New York City. Homes there tend to sell for anywhere from $500 to $1,300 per square foot, depending on what borough you’re in.

At the moment, the real estate market in Massapequa Park is favoring buyers. This means that there are more homes for sale than there are people looking to buy them. This trend means that sellers are going to want to price their homes somewhat lower if they want them to move fast.

This market direction is a reversal of what we saw during the spring and summer months of last year. Lower mortgage interest rates gave first-time homebuyers and investors the opportunity of a lifetime. Many of them jumped at the chance to lock in those more affordable rates, and housing prices skyrocketed as home demand increased.

As this real estate market feeding frenzy has died down, the amount of time a house spends on the market in Massapequa Park has gone up. In May of last year, houses were spending a record high number of days on the market – about 145 before sale. However, as the housing market heated up, that number plummeted to just 78 days in June of last year.

The number of days before sale has continued to fluctuate wildly, rising back to 102 days in October and dropping to 81 days in November. As of this writing, homes are still spending about 81 days on the market before they sell. This time represents the full span from when a house is listed to the closing date.

Although the New York City metropolitan area is a very renter-heavy spot, Massapequa Park has a relatively small rental market. There are very few if any, homes and apartments available for rent in the village itself. In the surrounding area, there are fewer than fifty rentals available at the time of this writing.

Investors looking for affordable opportunities in Nassau County should consider Massapequa, which has a per-square-foot price of $362 and a couple of dozen homes currently for rent. Valley Stream might also be a good option, with an average per-square-foot cost of $405 and about fifty homes up for rent.

Sunrise Highway is one of the most expensive areas of Massapequa Park, with an average home price of more than $765,000. The neighborhood is located on the southern end of the village on the coast of South Oyster Bay. Homes here tend to be between three and five bedrooms and are on the older end of the scale.

East Massapequa is located immediately east of Sunrise Highway on the southern end of the village. While this neighborhood doesn’t boast as much coastline as the Sunrise Highway area, it has lots of green space and is still very desirable. Real estate prices in this neighborhood tend to be around $650,000, a little on the high end for Massapequa Park.

Many of the homes in East Massapequa were built during the 1950s and 1960s as a part of the GI Bill real estate boom. This neighborhood contains the Marjorie R. Post Community Park. The Unqua Elementary School, Alfred G. Berner Middle School, and the main campus of Massapequa High School are all located in the East Massapequa neighborhood.

The Philadelphia Avenue neighborhood is located on the northern end of Massapequa Park and offers fantastic access to the Southern State Parkway. This makes it an ideal location for people commuting into New York City. Home prices here tend to range around $620,000, and most were also built on the GI Bill.

The Philadelphia Avenue neighborhood is situated just east of one of Massapequa Park’s largest green spaces, the Massapequa Preserve. This area has lakes, creeks, and plenty of trails for you and your family to explore. There aren’t any schools in this particular neighborhood, though McKenna Elementary School is just south of its borders.

The Carmans Road neighborhood makes up the eastern border of Massapequa Park. This neighborhood is bordered by Sunrise Highway on the south and Southern State Parkway on the north, making it a fantastic option for commuters. Homes also tend to be a little cheaper here, around $575,000.

In spite of its name, the Village Center neighborhood sits on the western central border of Massapequa Park, rather than in the center. This neighborhood is one of the most affordable in the village, with home prices averaging about $550,000. Village Center is a fantastic option for families, given its easy access to green space, amenities, and schools.

McKenna Elementary School sits in the Village Center neighborhood and serves children in the area. Like the Philadelphia Avenue neighborhood, Village Center’s western border is defined by the Massapequa Preserve. And the ample number of restaurants and other such attractions on the southern end of the neighborhood make this a fantastic place to raise your family.

Massapequa Park, NY is a charming village on Long Island that offers a wonderful alternative to city life. It’s about an hour away from New York City, has fantastic schools, and is relatively affordable for the area. Right now, home prices are rising steadily, so don’t wait to find your dream home in this wonderful little village.

If you’d like to learn more about Massapequa Park, NY, check out the rest of our site at Dean Miller Real Estate. We make Long Island real estate easy, no matter whether you’re buying or selling. Contact us today and let us help you achieve your homeownership goals, whatever they may be. 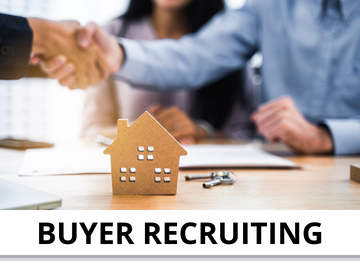 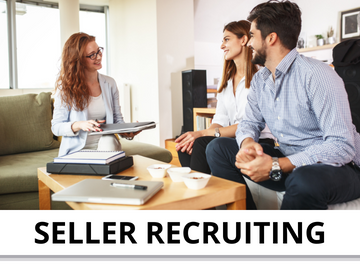 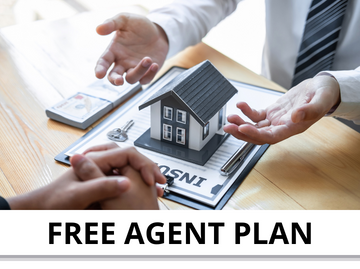